How to Avoid GMO's Linked to Chronic Illness 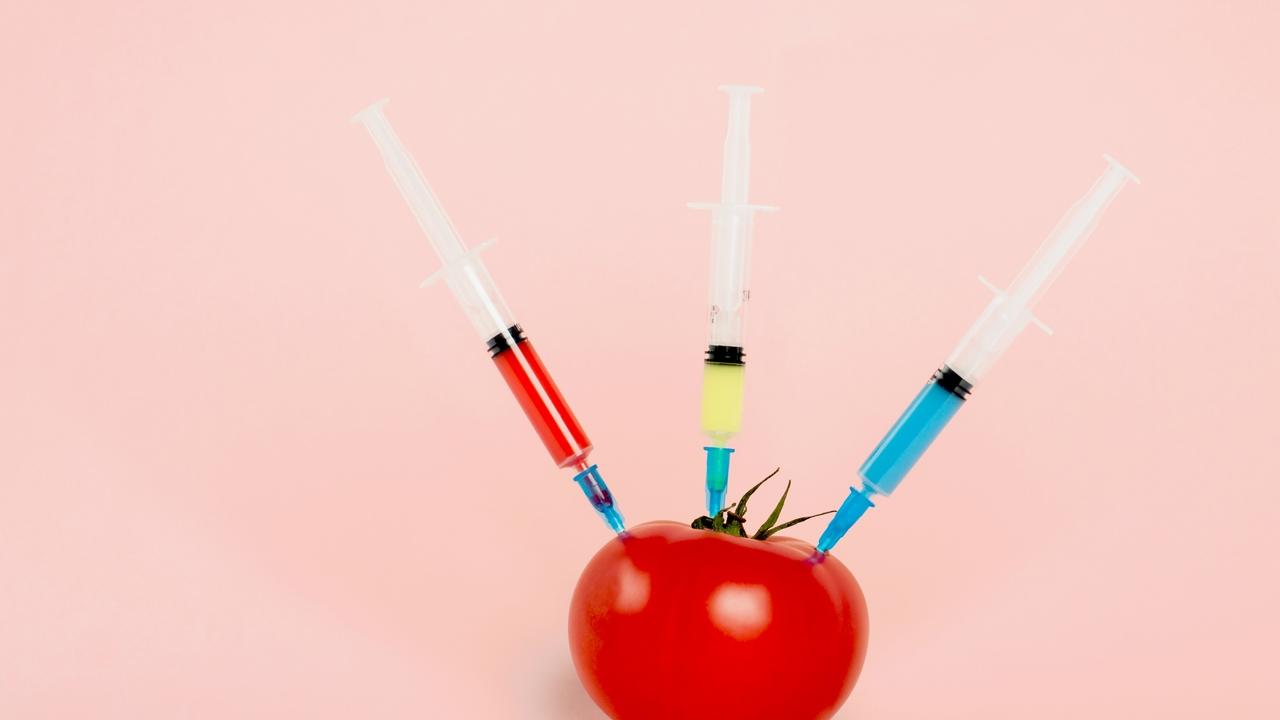 If you aren't already familiar with GMO's this post is for you!

GMO's are one of humans biggest mistakes. What was once thought would be an idea that changed the world and fed the hungry, became one of the biggest lies that the world has ever known.

GMO's are not safe. They have been linked to numerous chronic diseases. Before we dive into the health detriments of these organisms and the chemicals that accompany them, let's get a better understanding of what they actually are.

These are living organisms whose genetic material has been artificially manipulated in a lab through genetic engineering. This creates combinations of plant, animal, bacteria, and virus genes that do not occur in nature or through traditional crossbreeding methods.

Sound appetizing? No, this is the epitome of messing with Mother Nature. Which has NEVER ended well.

While many countries like, Europe, have banned GMO cultivation, the United States glorifies this practice and continues to dump nearly 300 million pounds of glyphosate (which we dive in deeper below) on our land per year.

“The vast majority of corn, soybeans, canola, cotton, and sugar beets grown in the U.S. are genetically modified (GMOs). Monsanto and its allies claim that GMO crops reduce pesticide use, increase yields, reduce water consumption, and offer foods that are more tasty and more nutritious. But in the nearly 25 years since GM crops first came on the market, studies have found that they have led to higher pesticide use, and no meaningful improvement in flavor, nutrition, yield, or water consumption.  Instead, what they’ve created are plants that are engineered to withstand massive dosing of toxic herbicides, and plants that function as living pesticide factories.” (Source)

Our government and large corporations (Bayer/Monsanto) work diligently to keep the truth about GMOs hidden due to massive financial gain. With transparent labeling always at the center of controversy. We vote with our dollars every time we shop and collectively we have the power to change the way our food is grown and made.

There is a growing number of evidence that connects GMO’s with health problems, environmental damage, and violation of farmers’ and consumers’ rights. One of the most important steps you can take is to remove all GMO products and foods from your home.

In 2012, French farmer Paul Francois sues Monsanto for chemical poisoning he claims was caused by its pesticide Lasso, part of the Roundup Ready line of products. Francois wins and sets a new precedent for future cases. Source

The main issue with GMO's is glyphosate.

Glyphosate is a synthetic compound that is non-selective systemic herbicide. It is used to kill unwanted plants. It is the chemical found in the common weed killer, Roundup.

GMO crops are genetically engineered seeds that grow food crops that tolerate high doses of Roundup. This helps farmers control weeds on their corn, soy, cotton, canola, sugar beets, and alfalfa crops. They survive while the Roundup kills all the weeds around them. This practice has led to super weeds and super-bugs. Mother Nature ALWAYS evolves.

Glyphosate disrupts our ability to detoxify. It literally slows down, if not completely stops, our ability to get rid of chemicals and carcinogens that cause our body high levels of damage.

According to the American Academy of Environmental Medicine’s position paper on genetically modified (GM) foods:

Check out this study linking GMO's to over 22 chronic diseases.

The long term impacts of GMOs on the earth and our health are frightening. This is the main reason I work to educate people about them and how to avoid them at all costs!

There are SO many toxic effects of glyphosate have been linked to: 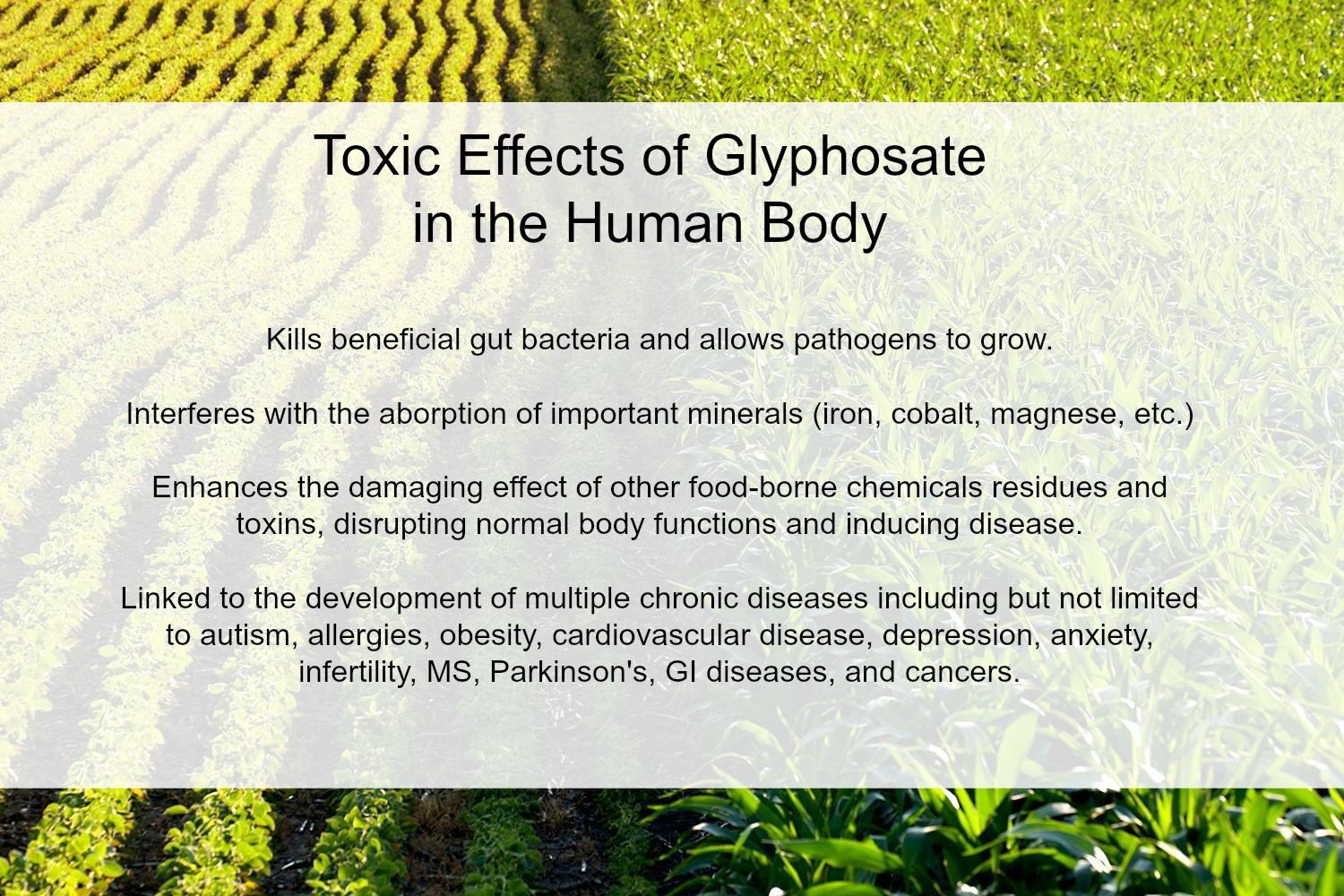 Once released into the environment, these novel organisms cannot be recalled. Glyphosate is found in our food, the water we drink, in the air we breathe and where our children play. It's EVERYWHERE!

Avoiding GMO’s can be difficult but following the simple guidelines provided will help the practice become second nature.

So how do we avoid GMO's?

Here is exactly how you avoid them.

You MUST always look at the ingredients on any package (always). If there is any mention of the crops listed below, it is most likely GMO, unless you see this Non-GMO project label.

(Click on the label to learn more about this incredible initiative!)

Any product/produce that is listed below, always buy organic (or even conventional if mentioned on the Clean 15 List) which is always non-GMO) or Non-GMO verified. 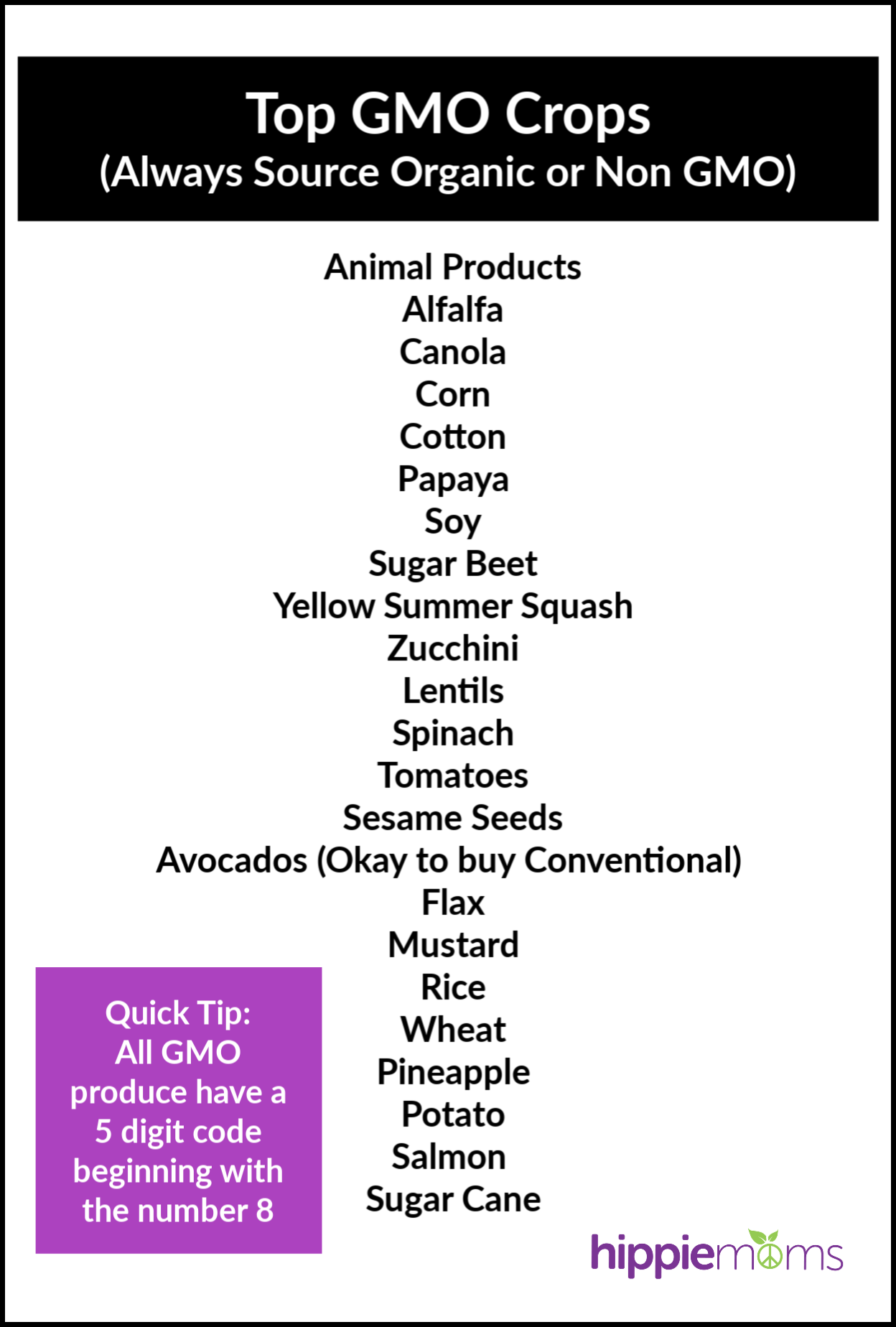 Use the produce decoder to understand what produce codes mean!!
Stay away from produce with a 5 digit code beginning with the number 8! 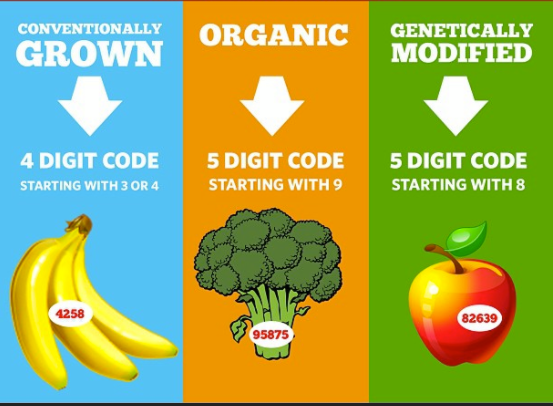 Here are my top 4 tips to Avoid GMO's: 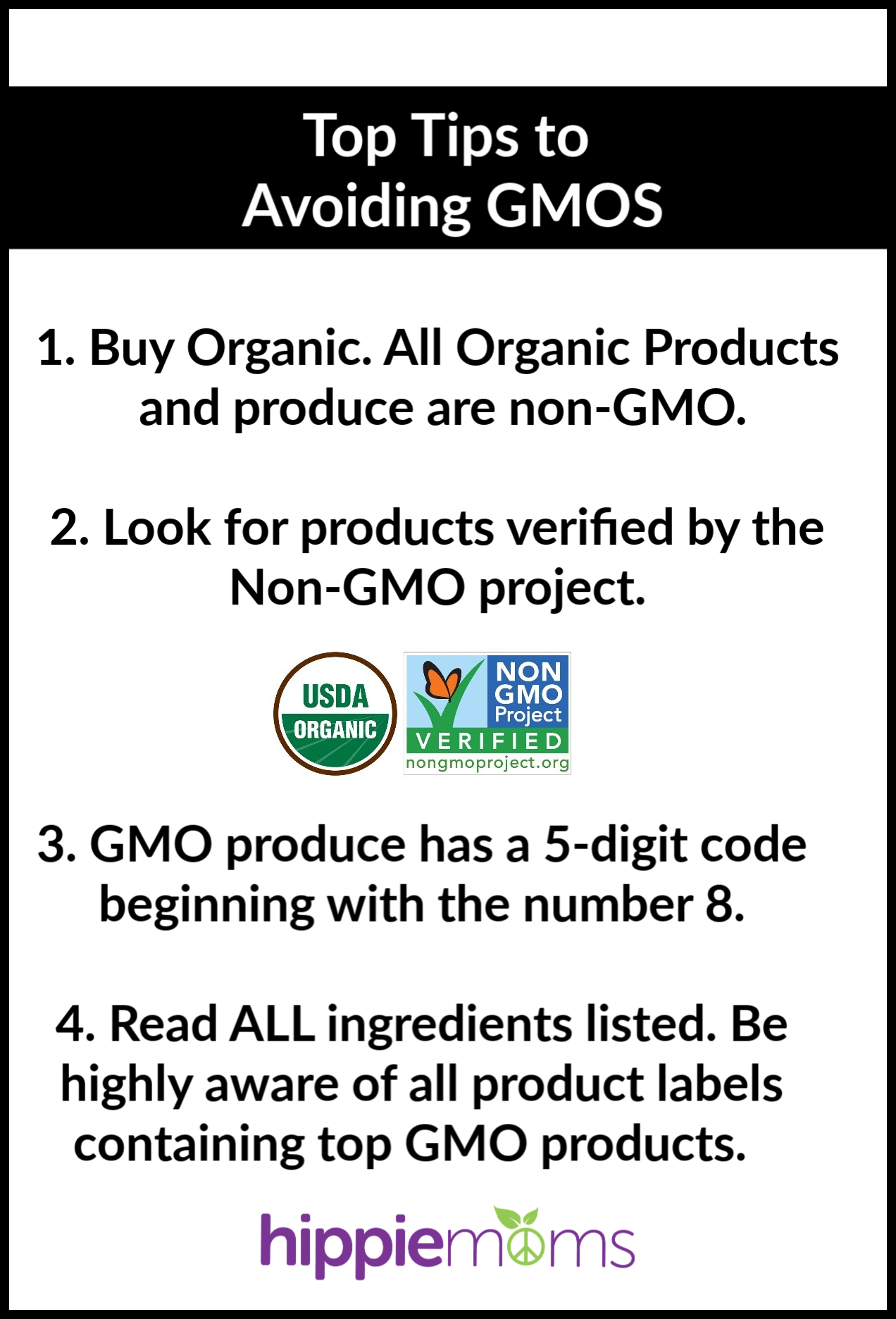 Now you understand how to avoid GMO's! Start slow, clean our your cupboards and begin replacing products and produce following the guidelines provided above.

Avoiding GMO's is part of EVERY ONE of my clean eating courses. My new 14-Day Gut Reset program is a simple and straightforward lifestyle program that puts this knowledge into play. Knowing how to nourish your body is key.

Grocery shopping  has become a mind game. Understanding how to read labels and buy food without toxins and chemicals that degrade our health is A LIFE SKILL! Don't wait any longer to learn how to support your body with real, whole, nourishing foods. It's LIFE-CHANGING!

Don't wait any longer to take control of your health! There is NO better time than right now... since now is the only time we every experience. Take action. Now.

In love and wellness, 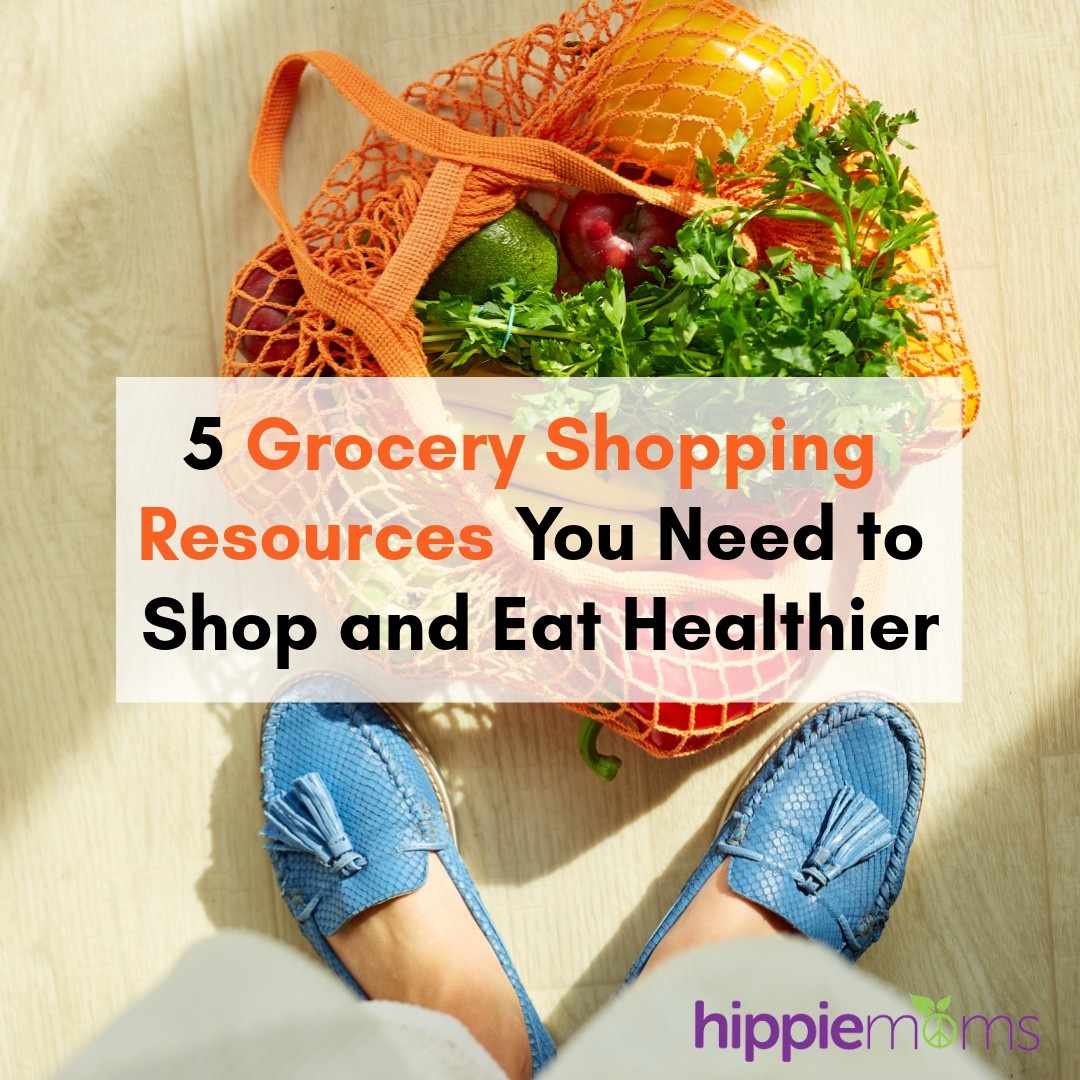 You'll get 5 important lists to use while you shop that will guide you on your journey to cultivating more health in your and your family's lives by decreasing toxins in your food!

I want these NOW!!
Close 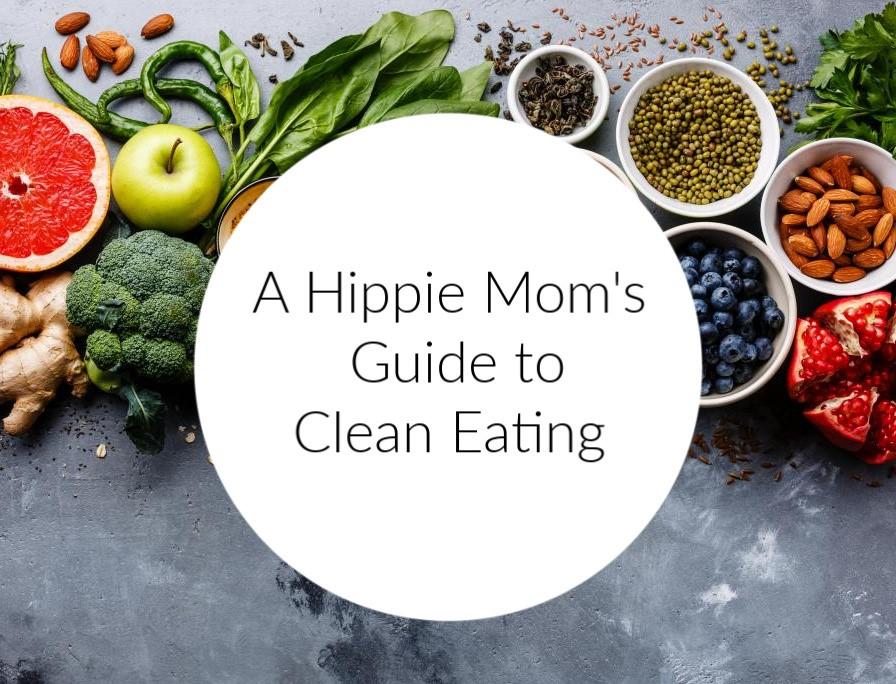